So, this is just a brief post to say that I have received the Mini-Whip power supply for the Mini-Whip active antenna project.
First impressions are not the best, it really looks and feels cheap, but for £1,99 shipped to your door, I cannot complain.
I took it out of the box and made a quick and dirty voltage measurement with no load whatsoever, just to see if it works. It reads 12,74V, a bit north of 12V but it should be fine to power the Mini-Whip.
Here are some pics. 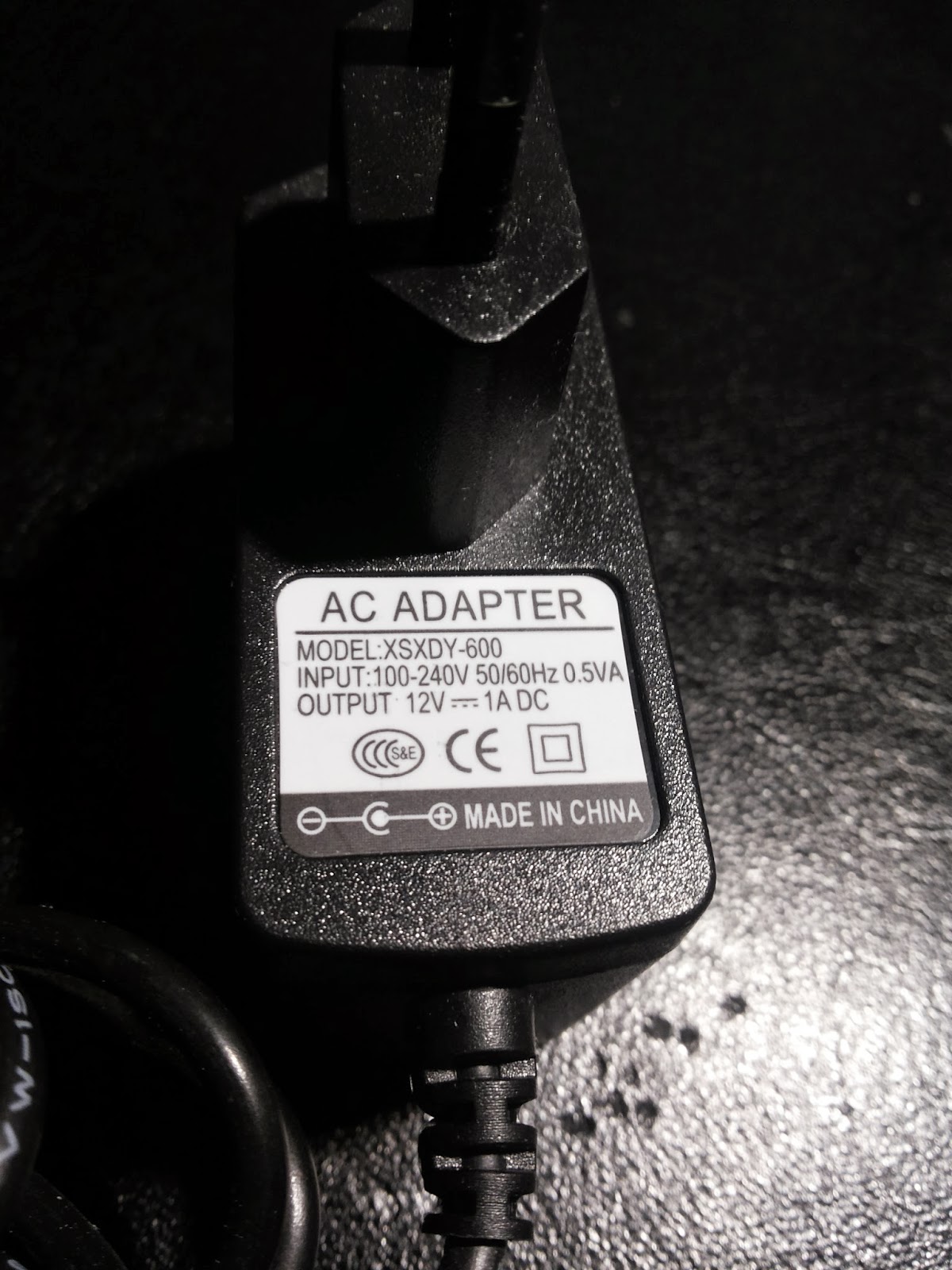 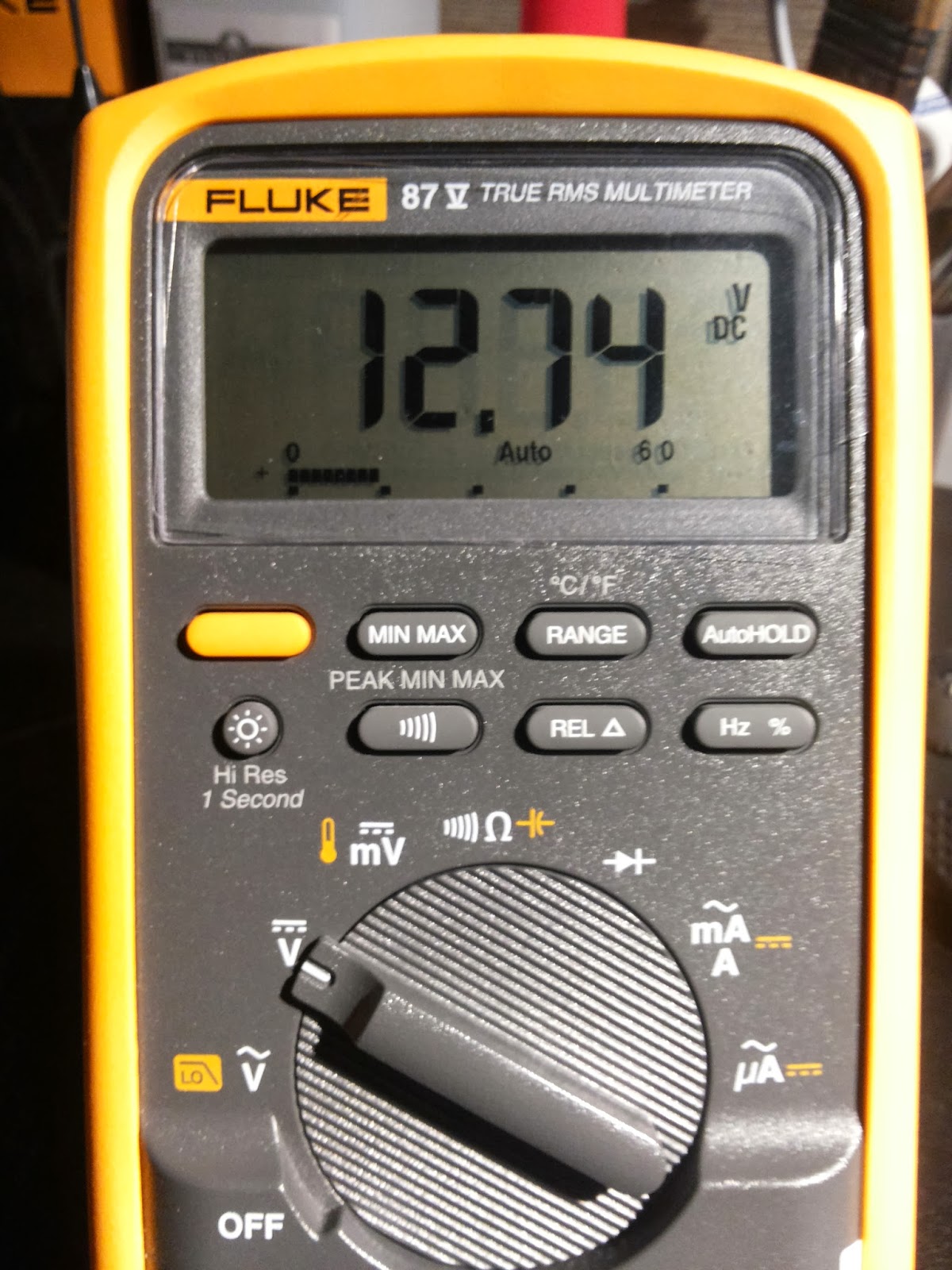 So, the project is still missing some bits and pieces (a major local electronics store just closed; last weekend I went there to get some parts and it was just a waste of my time) but at least there's some progress.
Items still needed:

So, hopefully, there will be more progress on the next weekend.

Today I took the time to unbox a Kenwood TH-D7E I had in storage for quite a few years.
This radio dates back to the late 90s when APRS was the next big thing.
The Kenwood TH-D7E is an amateur radio handheld transceiver (HT) capable of 2 meter and 70 centimeter band operation along with an embedded 1200/9600 baud terminal node controller. The radio also contains an implementation of the Automatic Position Reporting System (APRS) capable of broadcasting the radio's position when coupled with an external serial-attached GPS receiver.
It's a neat an capable radio, that I plan on reusing (more on this latter).
The unboxed TH-D7E is complete and working. It includes the original Kenwood BC-17 wall charger, a Kenwood SM-34 microphone and a Kenwood PB-38 battery. All items are factory original and in like new condition.
I have misplaced the original rubber duck antenna, but I am pretty sure that if I look for it I will find it. The original antenna has been replaced by a Diamond SHR-536 antenna that has better gain.
Since I do not like misplacing things, finding the original rubber duck is now something I'll just have to do. :)
Here are a few pics of the unboxing. 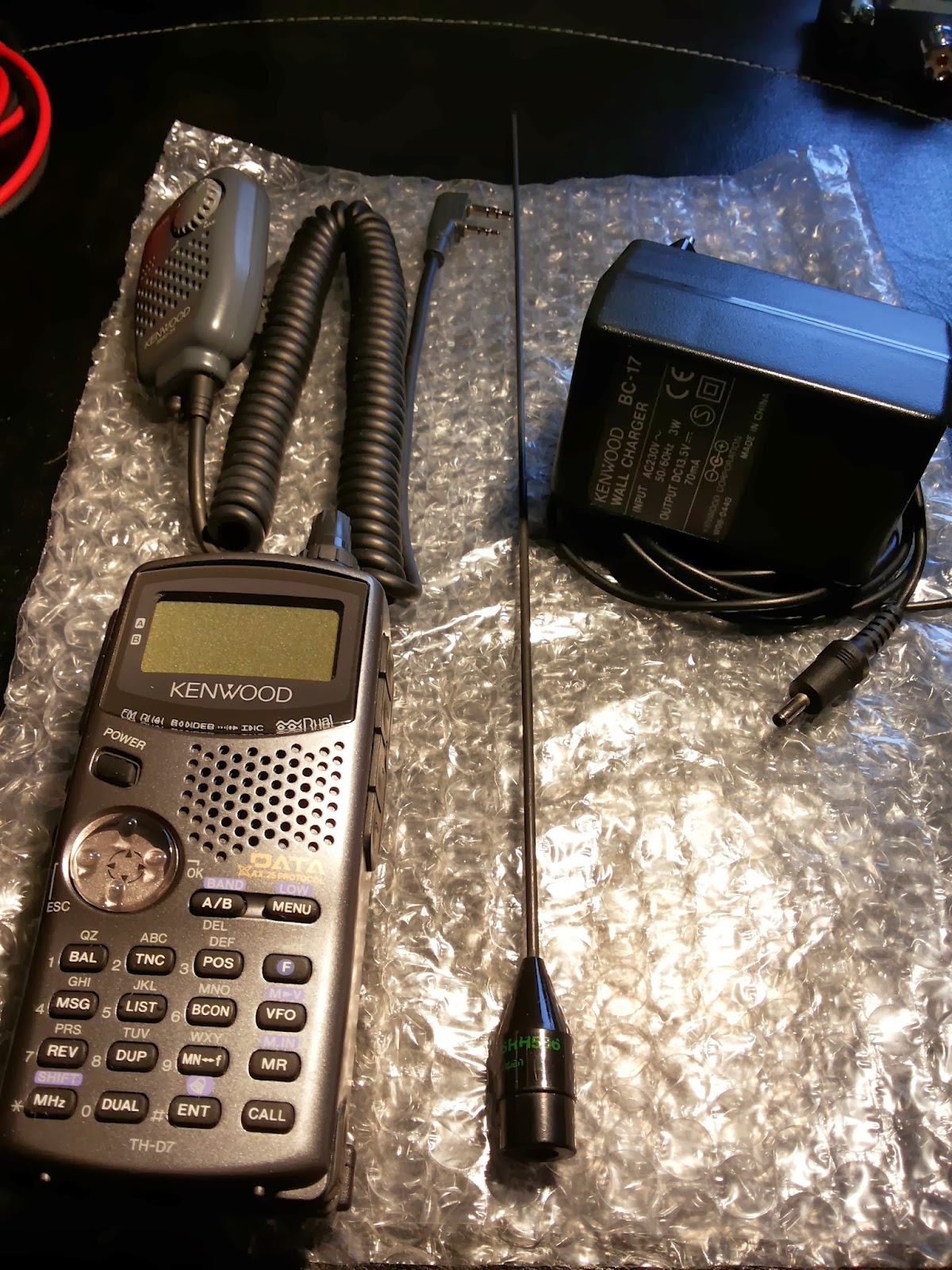 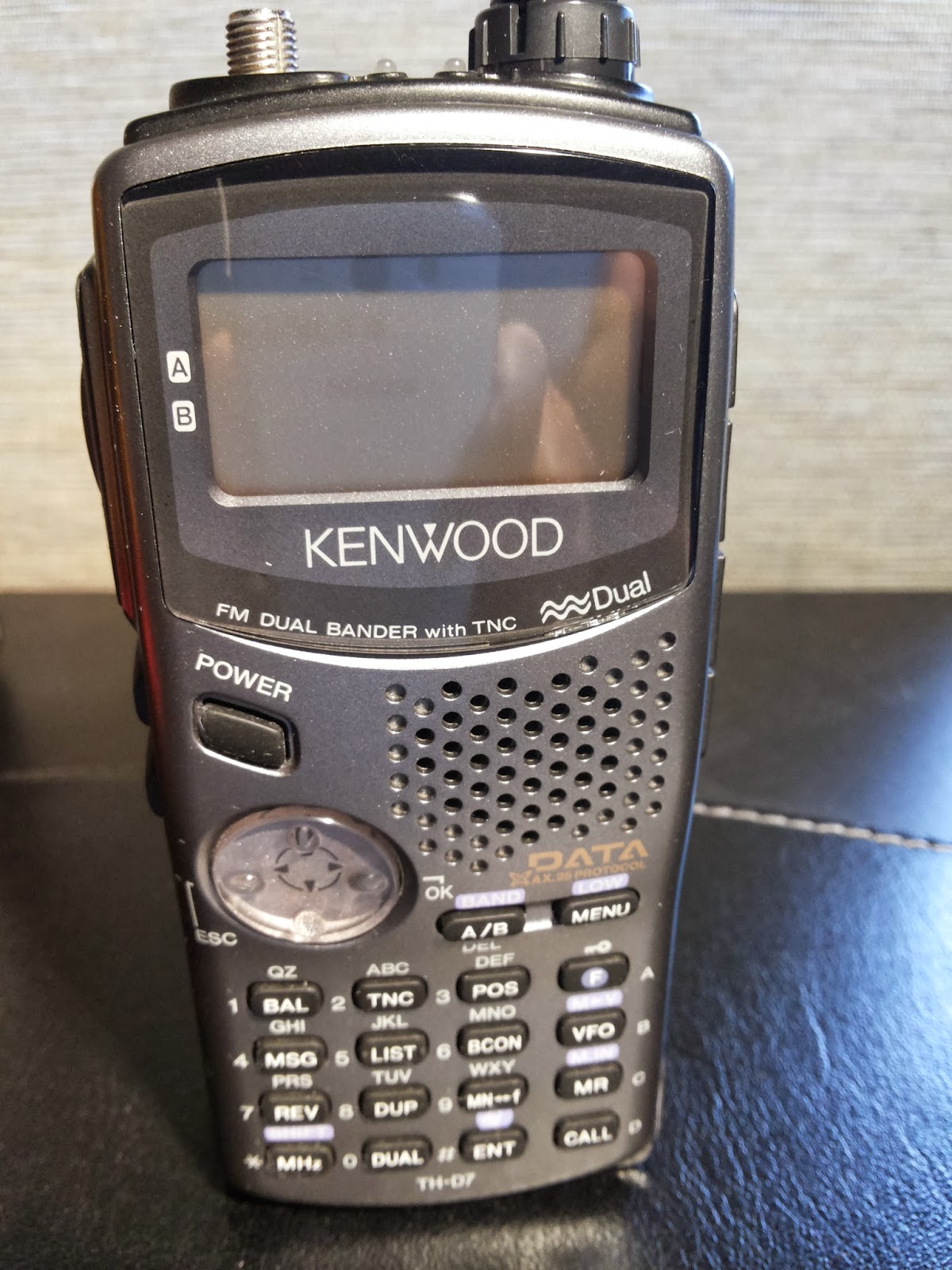 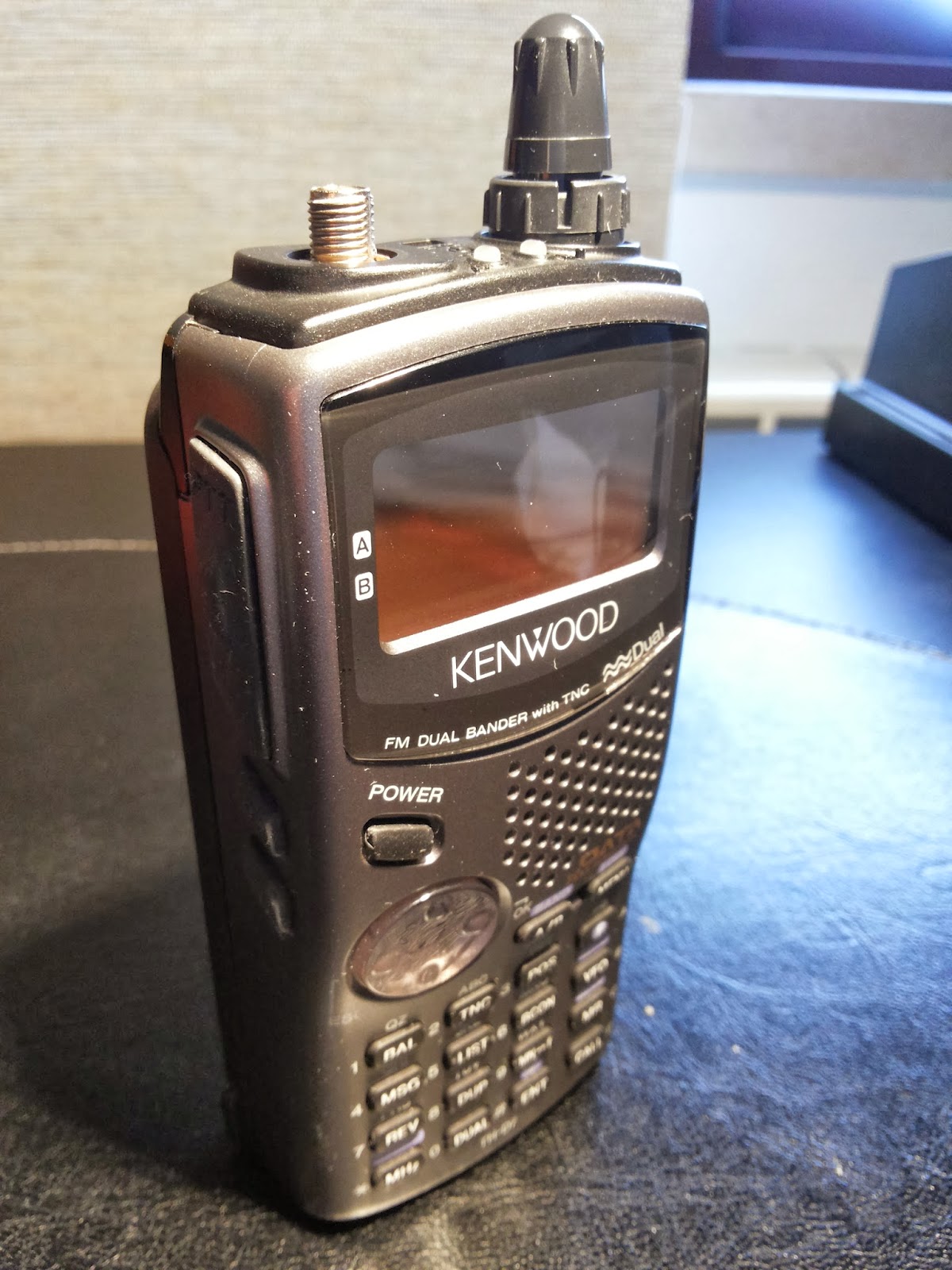 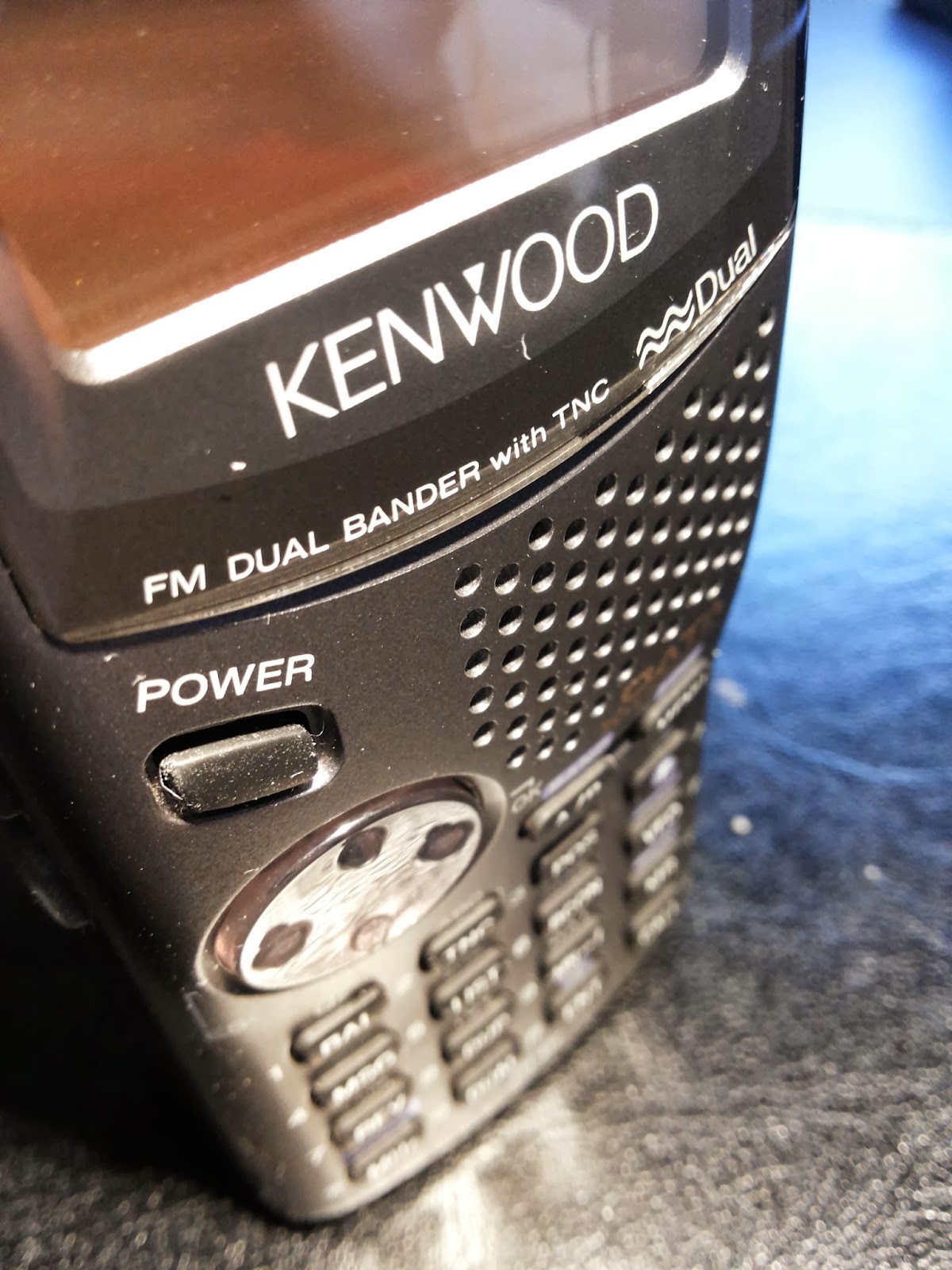 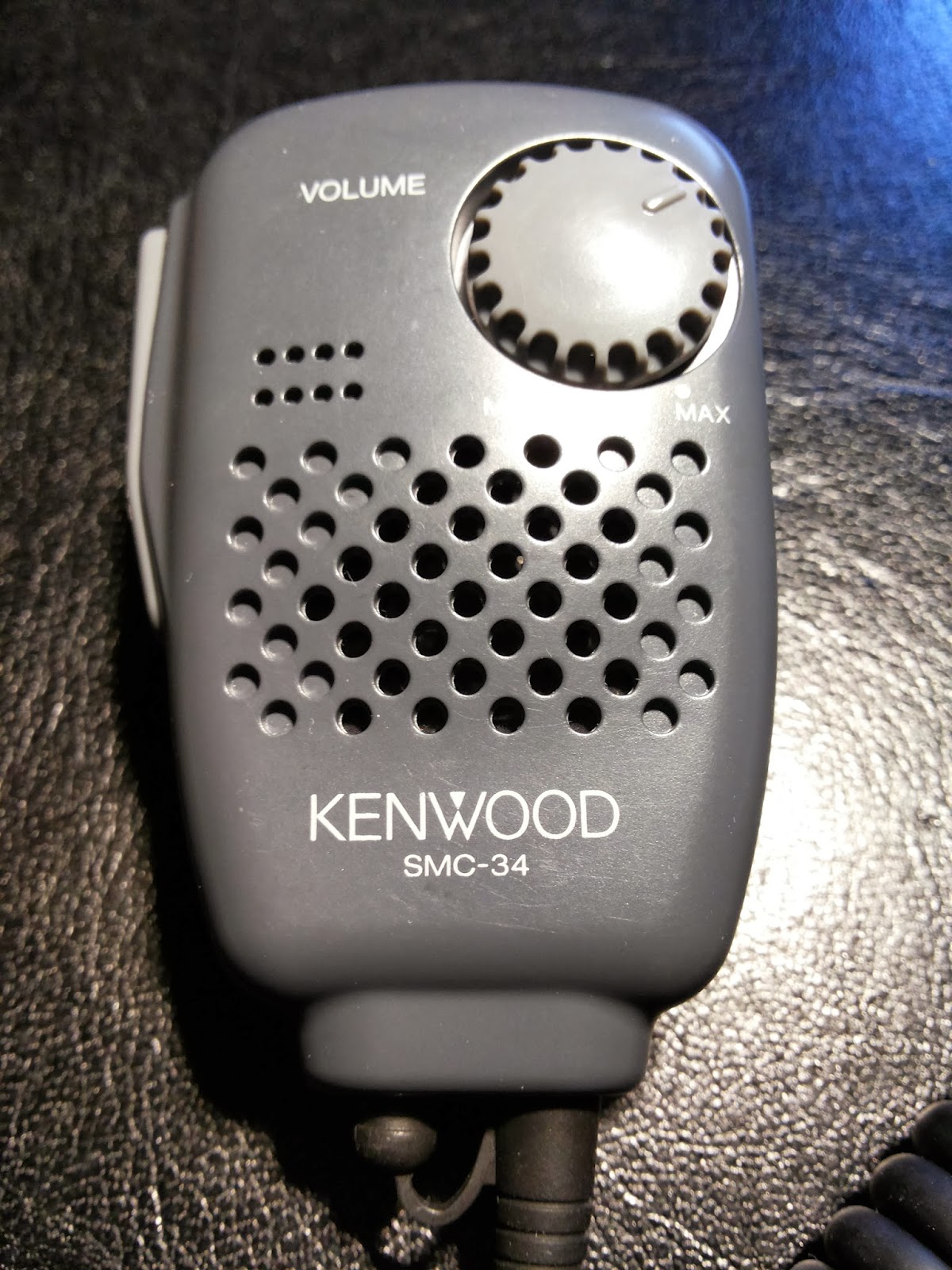 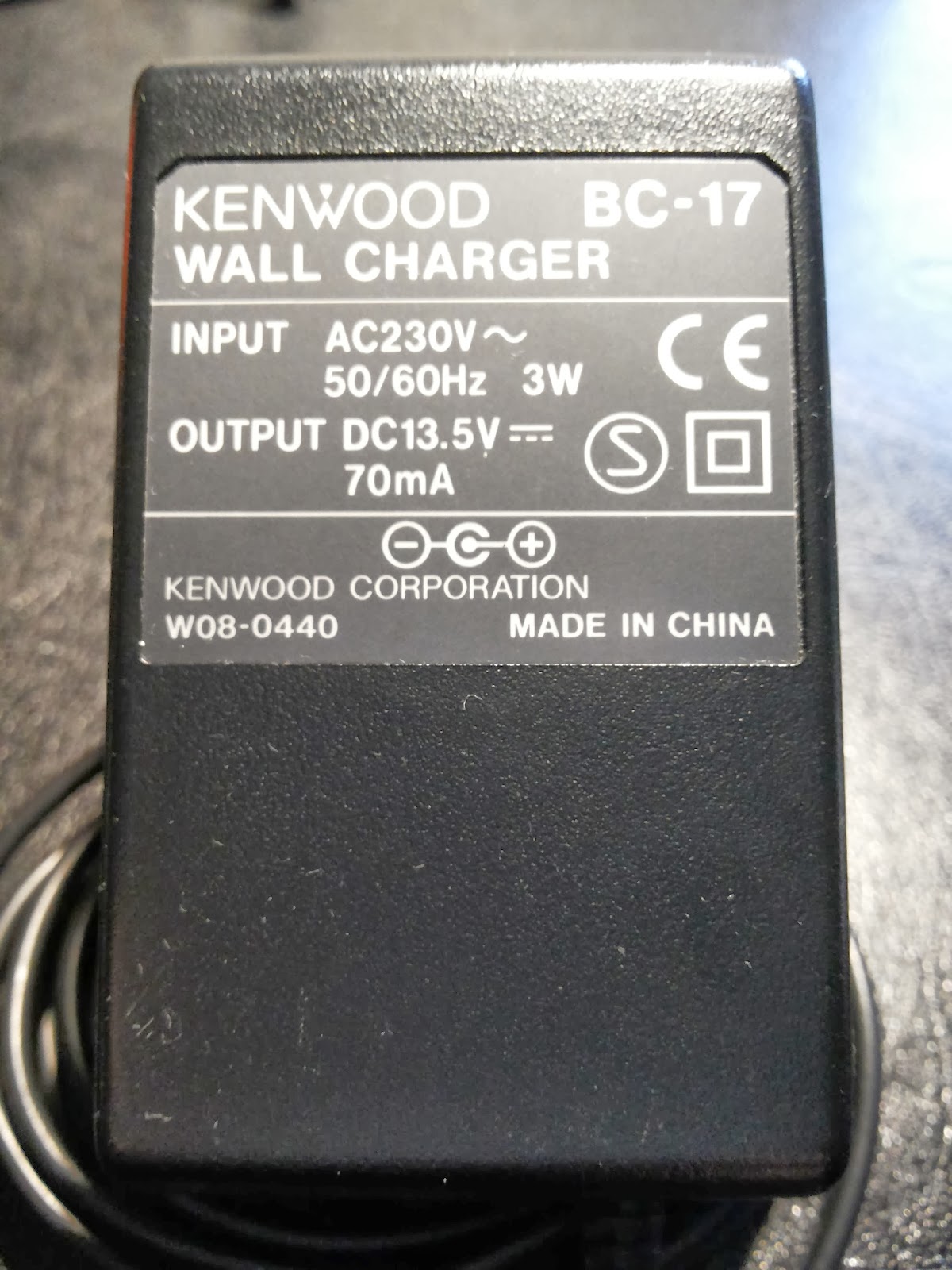 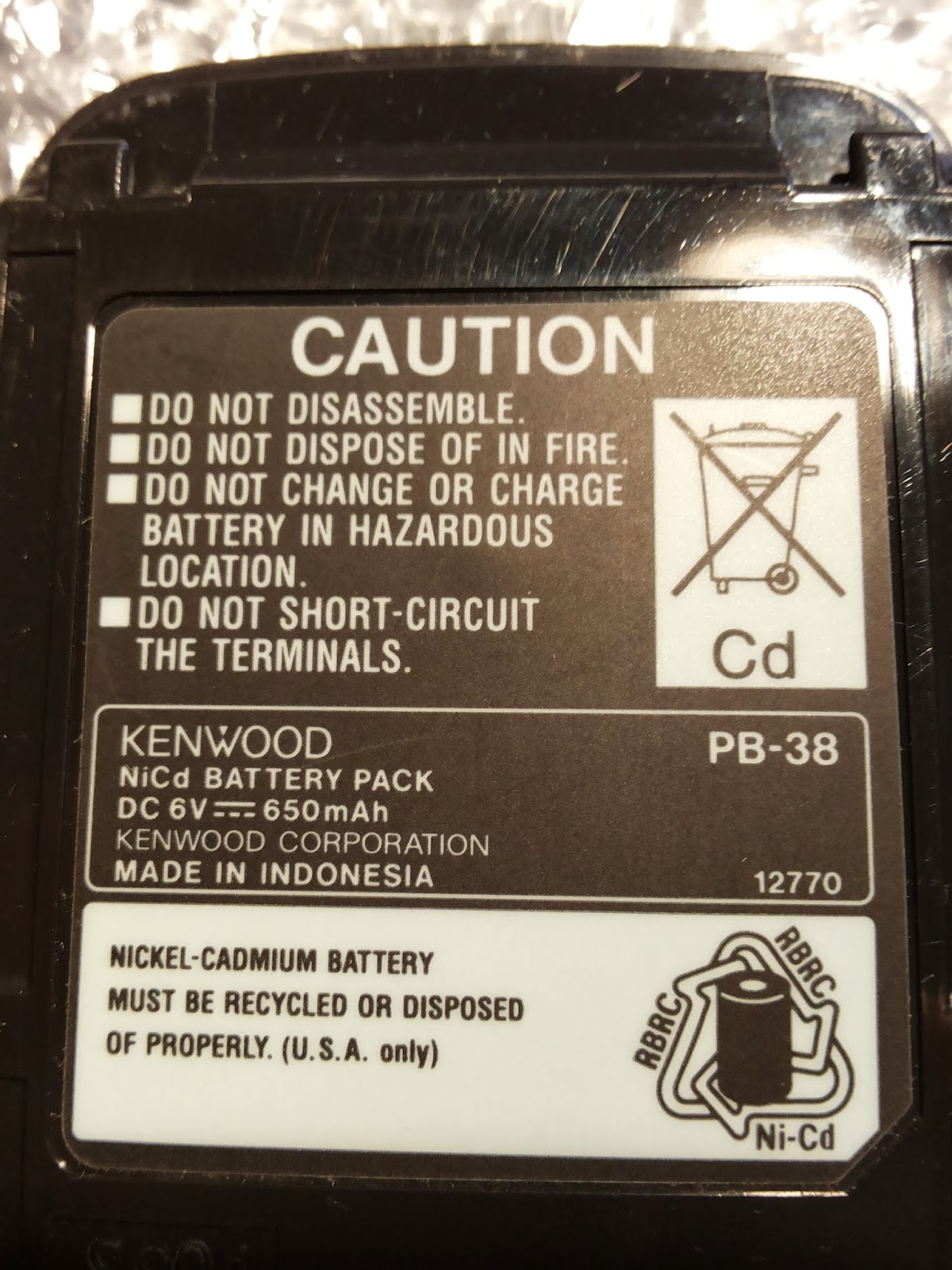 And, of course, after all these years, a master reset was done to the radio.
Here's how (this also works for the TH-D7A and TH-D7A(G):
That's it for now.
Posted by jmcl at 6:59 PM 1 comment:

OK, here's the progress for today.
I also ordered a 12V 1A power supply from ebay. At a cost of £1,99 I cannot say it was expensive. It will take some time to get here, so I better move on with the boxes for the project. 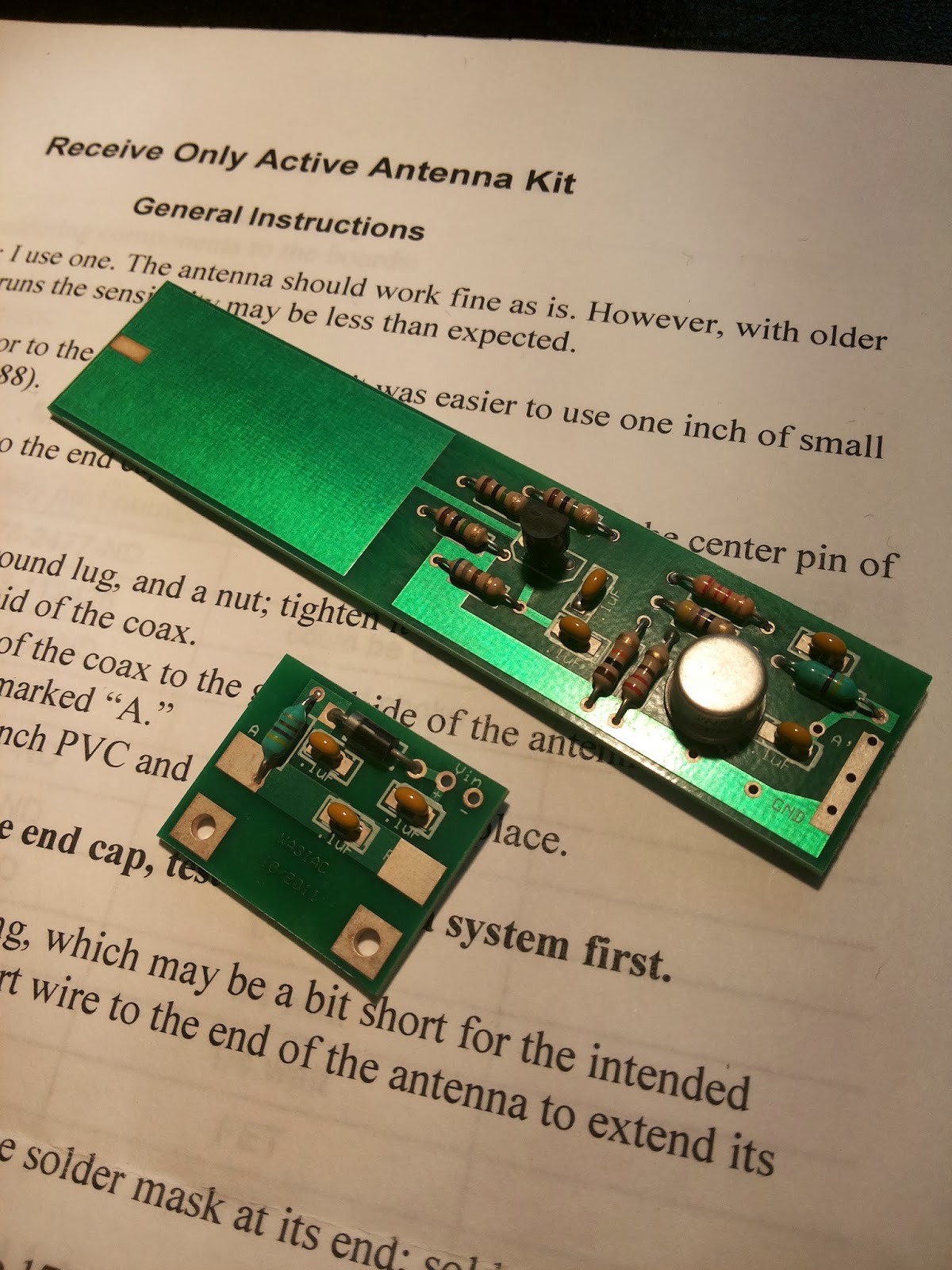 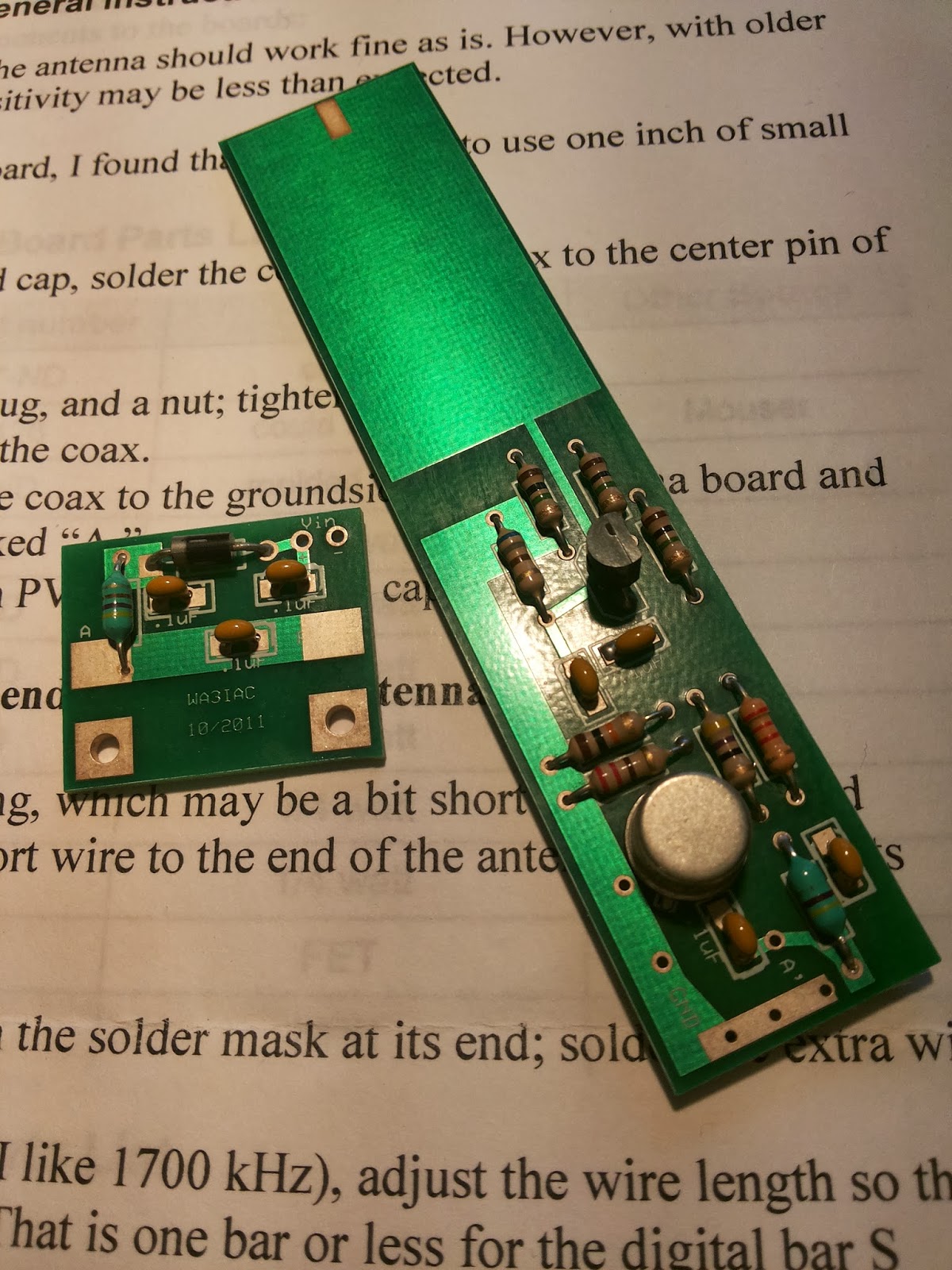 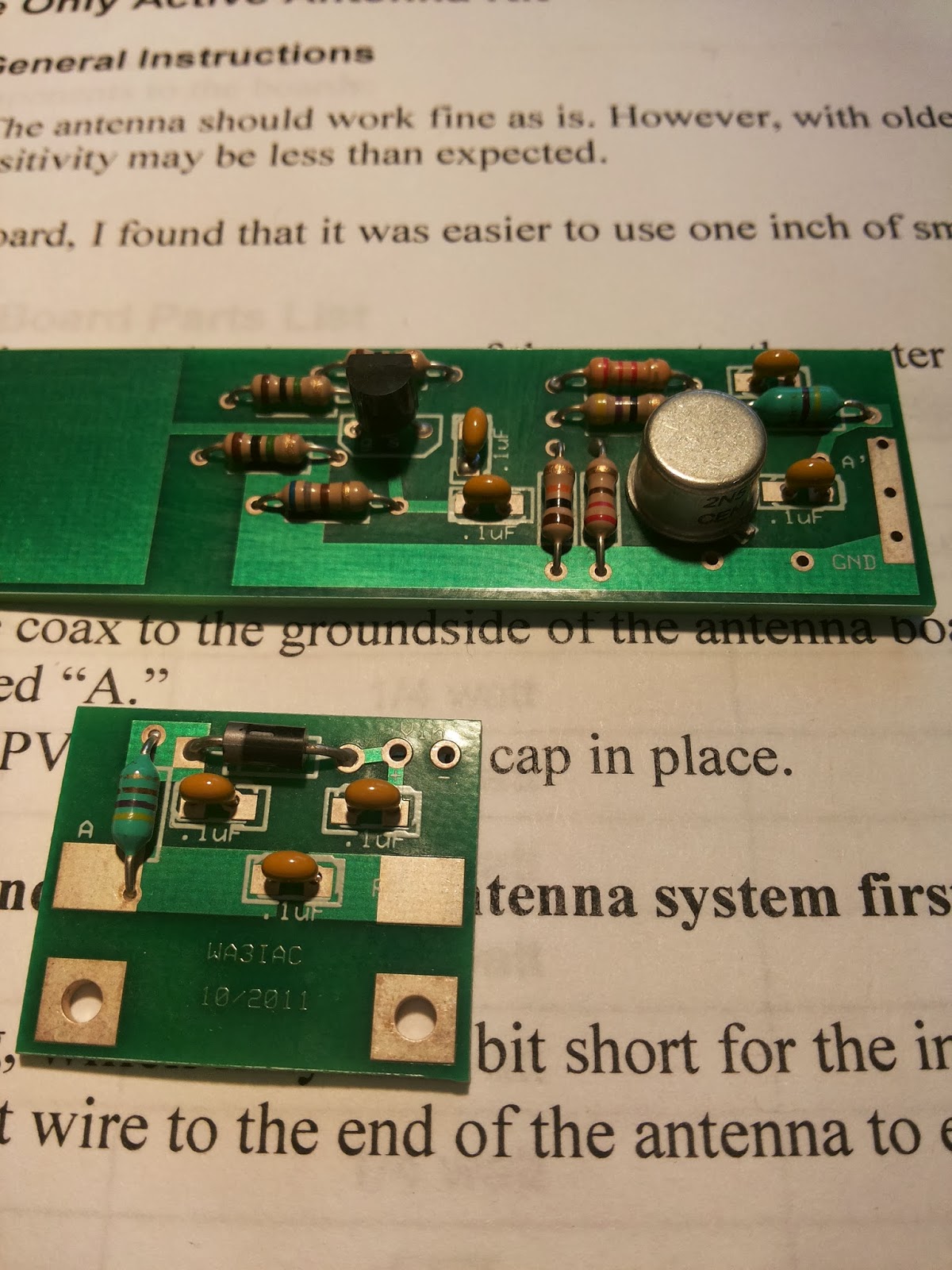 And now a bit of a macro so that I can show off the work.:) 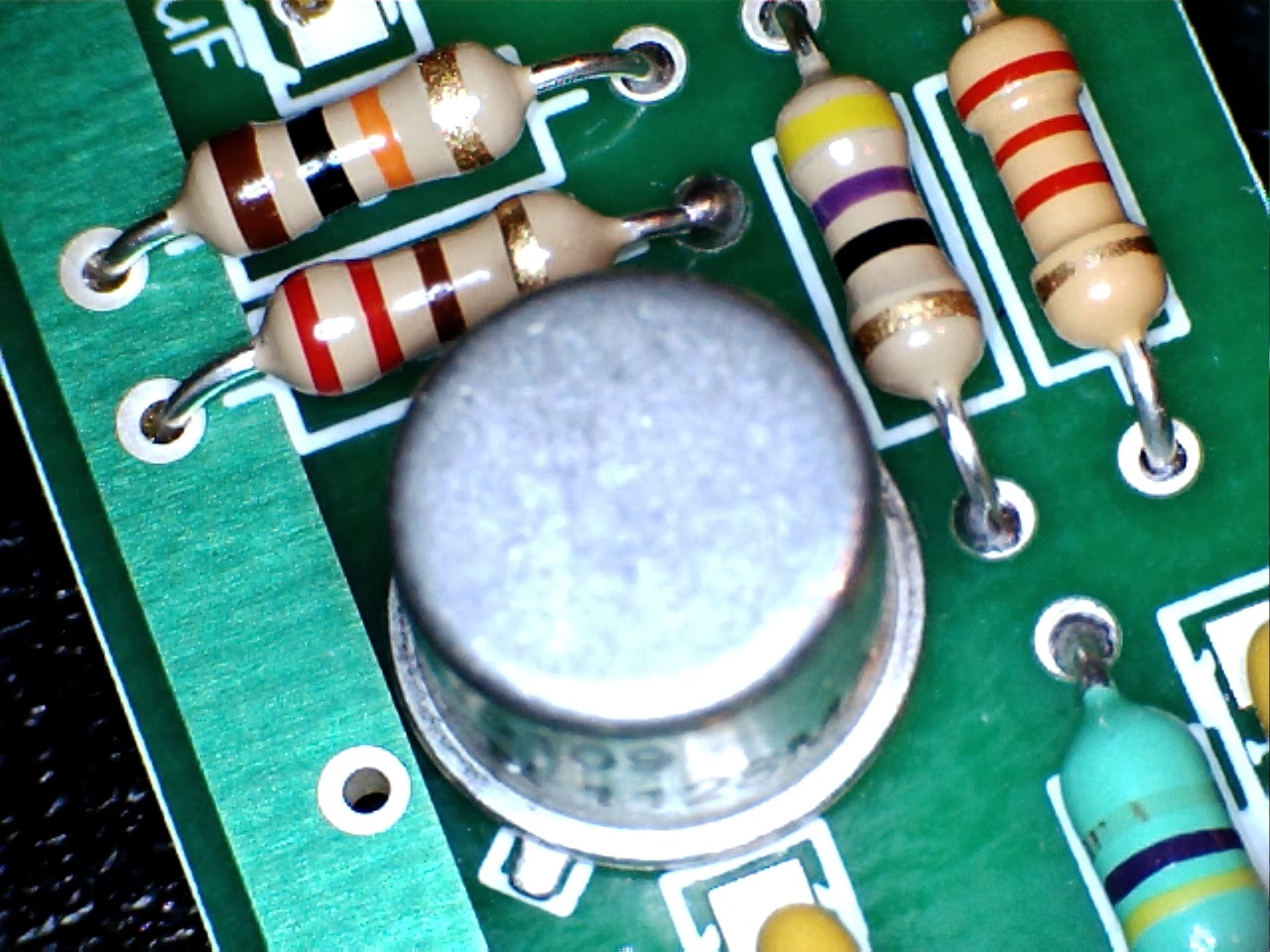 And, at the day's end, it will all go like this 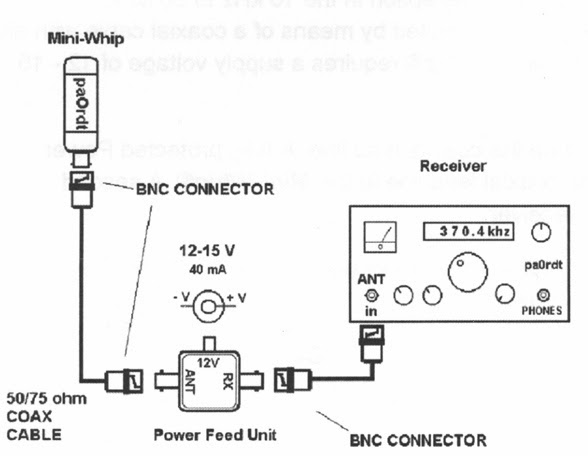 So, what's the story with the active antenna?
A few years ago I assembled a PM-SRD software defined radio. I needed a small and low profile antenna for the SDR. After some googling I ended up selecting the Mini-Whip active Antenna.
The Mini Whip ative antenna was invented by Roelof Bakker, PA0RDT.
For a detailed explanation on how this antenna works, try here and here.
For now, I need to sort out the missing stuff for ths project. Here's the list:

So, tomorrow I'll get this list on the way.
Hopefully, in the end, I'll get something like this: 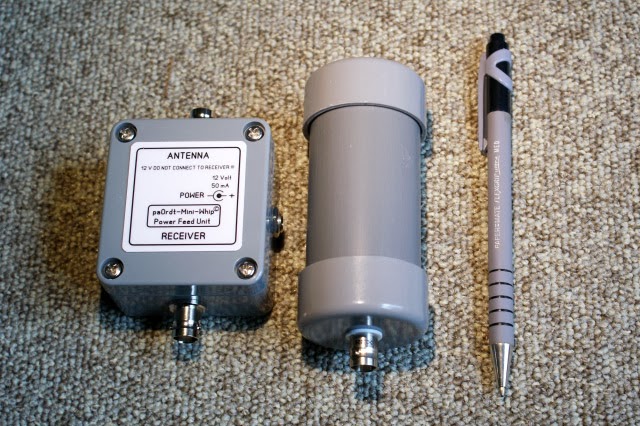 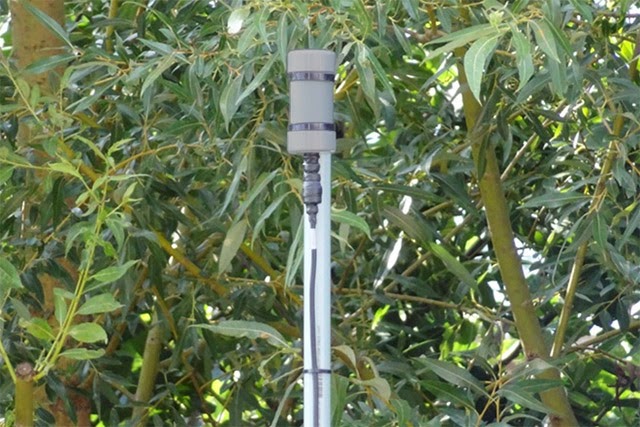 Email ThisBlogThis!Share to TwitterShare to FacebookShare to Pinterest
Labels: Antennas, Ham radio, Mini-Whip active antenna
So, this will be about some radio stuff.
Recently I took a look at my desk and I had several DIY projects on the table. As one of those projects came to a stall, all the others ended up with some dust on them. So, no more!
Starting today I will be ordering the projects by priority and trying to finish them.
Here's the list of projects:

The list above is not complete as I have plans to restore a Yaesu FT-1000MP sitting on my desk and also to build an Elecraft K2 transceiver (I do not own the kit, so I am just thinking out loud).
So, as I have no help at all, baby steps and simple things first!
Tomorrow I will start with the Active antenna kit. Let's see how that goes...
Posted by jmcl at 10:39 PM No comments: